Do I need to insure money on a bank card

How does bank card insurance work?

The policy will protect you if a person loses a card or criminals steal money from it. The insurer will reimburse the client for losses: the stolen will be returned to the account, and the lost card will be reissued free of charge.

But you need to read the terms of the contract very carefully — in particular, what kind of accidents will be considered an insured event and what kind of compensation can be counted on.
Usually the list of insurance claims is much wider. 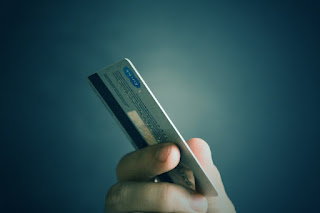 What risks can the card be protected from?

Most policies compensate for the theft of money from the card if:
The insurance contract or rules attached to it usually describe in detail possible insurance cases with examples. It is important to study them before issuing a policy in order to understand in which situations it is worth counting on compensation, and in which cases it is not.

When can the insurance payment be refused?

In case you violate the terms of insurance. For example, you do not observe the precautions that are prescribed in your contract with the bank.

In particular, you are required to keep the PIN code separate from the card and not tell anyone its details (to receive a transfer, it is enough to tell the sender only the card number). That is, if you "helped" criminals to find out secret data, there will be no compensation.

No insurance covers cases when social engineers convince you to transfer money to them yourself or provide card details and transaction confirmation codes.

As a rule, the policy prescribes additional conditions that you must fulfill in order to receive insurance compensation:
As a result, it may take several months for the stolen insurance money to be returned.

If the insurer has refused to pay, and you do not agree with its decision, contact the financial Ombudsman. He resolves customer disputes with insurance companies before the trial. But only when your claim to the insurer is less than a certain amount, otherwise you will have to go to court.

If I follow all the rules of the bank and the insurance company, will the stolen money be returned in full?

The insurance indemnity limit is always specified in the policy.

Usually, they offer to enter into the policy all the cards that you have open in one bank. If they are linked to different accounts, then, if desired, you can choose a different payout amount for each card.

At the same time, the amount of compensation usually depends on the type of insured event and even on the circumstances of the incident. For example, in some policies they write that during a robbery at an ATM, not the entire stolen amount will be returned, even when it fits into the insurance limit, but only 60% of it. And if a person withdrew money at night, then he will be paid no more than a certain amount, regardless of how much the criminals took away from him.

All these conditions are prescribed in the contract with the insurance company.

The price of the policy directly depends on the amount of maximum compensation and the set of insurance claims. It can fluctuate a certain annual amount.

So is it worth insuring the card?

As a rule, card protection is actively offered to its customers by banks that act as agents of insurance companies. But in some cases, even without insurance, the bank is obliged to return the money that the scammers stole.

To do this, two conditions must be met:
If you delay with an application for unauthorized debiting or it turns out that the money was stolen, including through your fault, the bank will not return it. But the insurance company in such a situation, most likely, will refuse to pay.

The more carefully you use a bank card, the less sense it makes to insure it. But if you plan to withdraw large amounts from the card and are afraid of robbers, you can purchase a policy. After all, banks do not return money in case of robbery or theft of cash.

Insurance against cybercriminals can be useful to those who, for example, often download games or make purchases in new online stores. The main thing is to carefully study the terms of the contract before signing it.

If a policy was imposed on you or you simply changed your mind about using it, you can return it within 14 days after purchase. Read more about the refund rules in the text "How to refuse unnecessary insurance".

In any case, whether you apply for a card policy or not, always follow the rules of financial security: keep the full card details and secret codes secret, connect SMS or push notifications about all card transactions to immediately find out about suspicious charges. 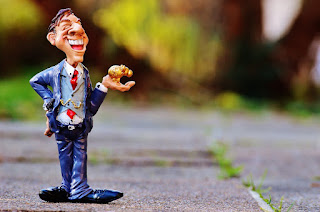 Broker: how to choose it and how to work with it

Who is a broker and what does he do? If you decide to trade on the stock exchange, you have two ways. The first is to trust the manager. This method is suitable for those who do not have the time or desire to invest on their own. The second option is to do everything yourself: develop a strategy for investing money and take responsibility for transactions. However, just coming to the stock exchange and trading on your own will not work. You will need an intermediary broker between the investor and the issuer, that is, between you and the company whose securities you plan to buy. A broker is a company that has a license to work on the stock market and which has the right to make transactions with securities for an investor. How to interact with the broker?  Sign a contract with a broker. Study the terms of the brokerage service agreement. As a rule, brokers publish a standard contract with tariffs on their website. If the prices and other conditions suit you, you can sign a contract at 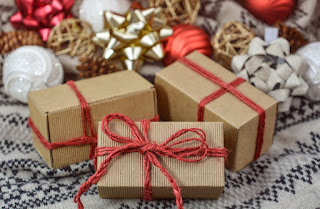 They say that everything always comes true on New Year's Eve. Even something that can't be sold for a whole year. Jokes are jokes, but in the pre-holiday rush it is not always possible to resist New Year's promotions and stay within reasonable limits. These seven tips will help you prepare for the holiday and not go into negative territory. 1. Plan your budget in advance In order not to suddenly find yourself with an empty wallet in the middle of the holidays, it is better to set in advance the maximum amount that you are ready to spend for the New Year. Identify the main items of expenditure — for example, "gifts", "New Year's table" and "celebration". You can put cash in envelopes the old-fashioned way. Or use special mobile applications — financial planning services. You can add expense items to them, set a limit on them and see the dynamics of spending. No matter how you calculate, but you always want something unexpected for the New Ye 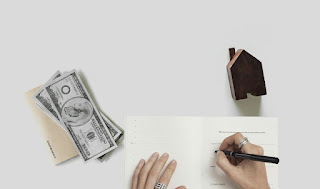 Where to get money if there is nothing to pay for a loan, loan restructuring

In our modern life, there are both black and white stripes. We can't be sure that tomorrow will be fine as well. Today you have a high-paying job and a stable salary, there is no 100% guarantee that it will also last further. For convenience, you have taken out a loan that does not significantly affect your family budget, and if you have a stable job, its monthly payments are very modest. Due to circumstances beyond your control, for example: bankruptcy, the organization's work at a loss, the closure of a branch of your employer's organization. You were cut from your job, or the company just closed. And this will lead to the fact that you cannot pay the loan. And not paying off the mandatory loan payments will lead to penalties or the bank's appeal to collectors or lawsuits. There is an opinion among loan borrowers that credit debt restructuring is a complex, time-consuming and not realistic procedure. Because of this opinion, people do not use their opportunity to appl